The three sisters Masja, Olga and Irina dream of leaving the Russian province for a more exciting life – “to Moscow!” Society is in upheaval, but the sisters are immobilised by the horror of their own mortality and the fear that their lives will stay the same. The future signifies great promise, although none of them knows what it will bring. Chekhov’s classic, the “Three Sisters”, has been staged since 1901 and often interpreted as symbolic of the decadence of pre-revolutionary bourgeois society. The sisters have performed many times, bearing witness to their longing to escape the present. “Is this now? – It’s a story that happened yesterday, but I know it’s tomorrow.”

Susanne Kennedy attempts to liberate the sisters and suggests a change of perspective: What if time is cyclical and we live every single moment of our lives over and over again? In Nietzsche, the idea of eternal recurrence means being constantly ready, or an absolute affirmation. Perhaps people are not in control of their own fates. Perhaps entirely different influences are involved. Nietzsche asks whether we would make other choices if we lived as if our lives were endlessly repeated – if we would be less influenced by the desire to control the future than by the desire for liberation. 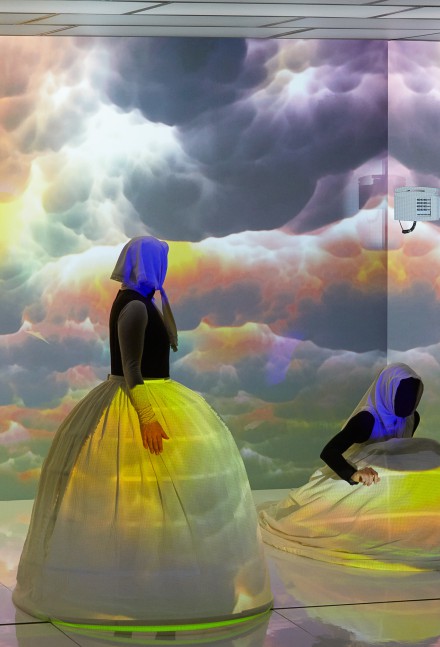