Together with the European Ensemble, Oliver Frljić embarks on a search for a theatrical utopia. In view of the strengthening of right-wing populist movements in Europe, increasing intolerance and the challenges facing modern migration societies, he poses questions about intellectuals’ and artists’ responsibilities. With the aid of Peter Weiss and his Aesthetics of Resistance, a critical, analytical perspective is presented on two key works in the history of painting and thereby on different aspects of the French Revolution: What has become of the ideal of liberty, equality and fraternity? Biographical material from the actors takes the audience into the centre of the contradictions in our convoluted present. Can the European dream still be saved?

Oliver Frljić – (born in 1976) respected diretor and playwrighter born in Bosnia-Herzegovina. He studied philosophy, religions and finally theater direction at the Academy of Dramatic Art in Zagreb. His theatrical work is regularly shown at theatrical festivals such as the Discourse Festival in Giessen, MESS Festival in Sarajevo, the BITEF Festival in Belgrade and EX Ponto in Lublana. Frljić has received numerous awards for his stagings and projects. In his disturbing and shocking performances he uses his own personal, wartime, and political traumas to ask universal questions about the boundaries of artistic and social freedom, individual and collective responsibility, tolerance and stereotypes. 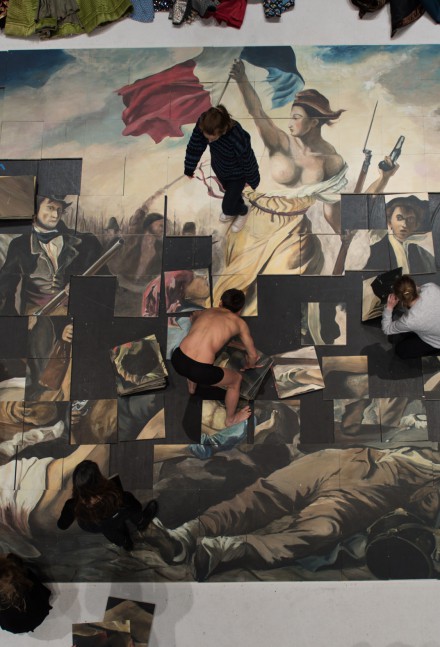