Five scarecrows miss the birds, which have all disappeared. Rendered redundant, the scarecrows focus on doing radio instead, and together they discuss potential forthcoming broadcasts. A feature on genetically modified carrots? A programme on cruelty? Perhaps it might be better to go and scare off the neighbour instead, the one who’s polluting the soil by spraying insecticides? French artist Philippe Quesne, renowned for his inventive set designs, has created an evening of theatre that’s as magical as it is ironic, as activist as it is melancholy, and as gentle as it is catastrophic. In the artificial setting of a white stage, straw bales lie around like props from a bygone age. Our own age. In the post-human future of Farm Fatale, birdsong is available only as an audio track. The naive beauty and striking innocence of these recordings trigger a futile nostalgia for unscathed landscapes. Current ecological and political issues as delicate poetry.

Philippe Quesne - (born in 1970) director and stage designer for theatre and opera. In 2003, he set up Vivarium Studio, bringing together actors, visual artists and musicians. He designs and stages shows that seek to develop a contemporary dramaturgy based on stage devices that are like workshops, a variety of “vivarium spaces” for studying human microcosms. He has been co-director of the Théâtre Nanterre-Amandiers since January 2014. In Quesne’s theatre, this relationship is democratised. The theatrical apparatus, both materially and conceptually, is set up to enable the flow of animation to be interchangeable, affording an equal agency to the objects being used much as that of the performers. Quesne is known as the wizard of theatre, who has become one of the most popular guest of European festivals in recent years. 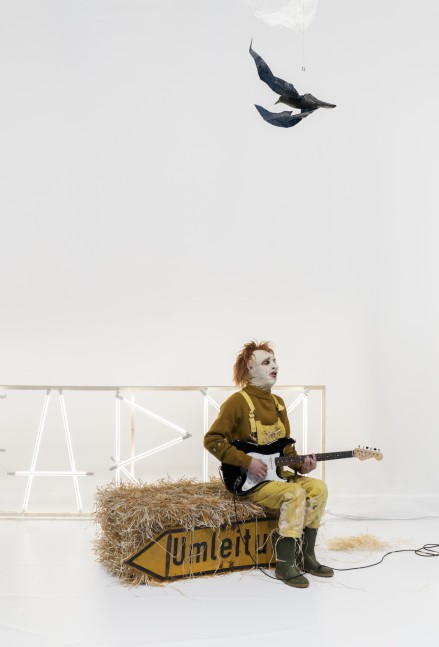