This project is based on the composition of 2 works for solo instrument and electronics. The two works come into opposition through the theme of light and the principle of Clair-Obscur.

This project is based on the composition of 2 works for solo instrument and electronics. The two works come into opposition through the theme of light and the principle of Clair-Obscur.

Developed  in collaboration with the Japanese double bass player Masashi Yamamoto, this piece places the gesture of the performer at the heart of the compositional process. The title directly evokes "touch", the question of contact between the performer and his environment. The scenic device involves the double bass, a small table with a computer, a chair and a microphone. These 4 "objects" are positioned on a materialized circle on the ground. The musician evolves in this space by developing a language that is both choreographic and musical. The electroacoustic score makes it possible to amplify certain gestures by giving them an augmented reality. Little by little, the gestures become more complex and lead to a more classical and virtuoso writing for the double bass. From the point of view of light, this work passes over its entire duration (about 20 minutes) from a very luminous state to darkness.

Touch, for double-bass and electronics / commissioned by Masashi Yamamoto

This work is part of the Series cycle (a cycle of works for piano and soundtrack that I have been developing since 2005). In this cycle, I explore the theme of colors (Black Series, White Series, Red Series, Pink Series, Blue Series…) from a visual, cinematographic and narrative angle. For this new composition, dedicated to the Polish pianist Malgorzata Walentynowicz, the subject is the gray color (ashes). This color refers to the notion of darkness and evanescence which constitute the dramatic axes of the composition. The first part unfolds in darkness, accompanied with a text describing some kind of strange environement. The principle here being to create a state of expectation and confusion as to the origin of the sounds that appear. As in the first part, this "preparatory" phase leads to a more conventional sequence where the musician joins her instrument. As in the other Series of this cycle, the writing oscillates between pianistic virtuosity and dialogue with the surrounding sounds which ultimately constitute a narrative framework.

Série Cendre, for piano and electronics / commissioned by Studio éOle

Pierre Jodlowski is a composer, performer and multimedia artist. His music, often marked by a high density, is at the crossroads of acoustic and electric sound and is characterized by dramatic and political anchor. His work unfolds today in many areas: films, interactive installations, staging. He is defining his music as an "active process" on the physicall level [musical gestures, energy and space] and on the psychological level [relation to memory and visual dimension of sound]. In parallel to his compositions, he also performs on various scenes (experimental, jazz, electronic), solo or with other artists.
Since 1998 he is co-artistic director of éOle (research and production studios based in Odyssud - Cultural center in Blagnac) and Novelum festival in Toulouse (from 1998 to 2014).

Winner of several international competitions, he won the Prix Claude Arrieu SACEM in 2002, the Prix Hervé Dugardin SACEM in 2012, and was in residence at the Academy of the Arts of Berlin in 2003 and 2004. In 2013 he won a Prize awarded by "Academie Charles Cros" for one of his CD. In 2015 he is the winner of The Great Lyceum Prize in France for his piece "Time & Money". From 2017 à 2019 he is resident artist in Lux - National Theater in Valence (France). Since 2019, he has become Artistic Director of Musica Electronica Nova Festival, produced by the Philharmonic in Wroclaw, Poland.

His works are performed in key places devoted to contemporary sound arts in France, Europe, Canada, China, Corea, Japan and Taiwan and the United States. He is living in France and Poland. More: pierrejodlowski.com 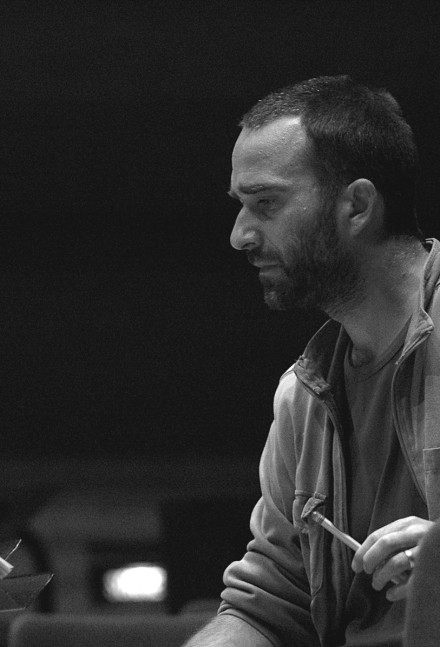