Krzysztof Warlikowski's project is based on classical and contemporary texts, primarily excerpts from Euripides' Alcestis, the Oresteia by Aeschylus, and Hanna Krall's Apolonia

Krzysztof Warlikowski's project is based on classical and contemporary texts, primarily excerpts from Euripides' Alcestis, the Oresteia by Aeschylus, and Hanna Krall's Apolonia

Krzysztof Warlikowski's project is based on classical and contemporary texts, primarily excerpts from Euripides' Alcestis, the Oresteia by Aeschylus, and Hanna Krall's Apolonia.

The erudite script also includes fragments of Jonathan Littell's Les Bienveillantes, J.M Coetzee's Elizabeth Costello, Marek Edelman's memoirs Love in the Ghetto, Rabidranath Tagore's drama The Post Office, and quotes from Małgorzata Szumowska's film There is Nothing to be Afraid of.

By bringing together these texts, Warlikowski seeks to shed light on the ambiguous and sombre history of sacrifice, and self-sacrifice giving up one's life for another in particular. Stories of mythological characters ruled by Fate are complemented and reflected in twentieth-century experience with its helplessness in the face of the Holocaust. In the act of sacrifice the executioner becomes no less important than the victim.

Warlikowski studies various aspects of sacrifice, setting the enforced sacrifice of Iphigenia against Alcestis' voluntary offering up of her life to save her husband. But he raises doubts as to the sanctity of voluntary sacrifice. For all the grand theories of killing that executioners construct when trying to justify their actions, their talk about following orders their invoking of historical necessity, we still find it difficult to forgive them. The issue of guilt and forgiveness in Warlikowski's new production is complemented by an unexpected theme: that of vengeance. And that accounts for the presence of Clytemnestra and Orestes, as well as of Agamemnon, who speaks in phrases taken from Littell.

A great achievement of Krzysztof Warlikowski's adaptation is its blending of idioms taken from diverse linguistic and historical contexts, and the various discourses it employs. In order to avoid trite value judgements and statements, Warlikowski boldly juxtaposes the genocide of the Jews with the so-called holocaust of animals discussed with dispassionate rhetorical skill in one of the lectures by Coetzee's eponymous protagonist Elizabeth Costello. It is a provocative, even outrageous move, but one all the more worthy of reflection, for are not executioners' accounts of the murderous toil that killing requires outrageous? The lines from Tagore's The Post Office invoked early on in the performance assume a special significance among these disparate narratives: the play was staged in the Warsaw Ghetto by Janusz Korczak and the children in his care just before they were sent to the death camp in Treblinka. Such an opening, fraught with emotion, sets the tone for the entire production.

The entire company of Nowy Teatr will be taking part in the production. The set will be designed by Warlikowski's long-time collaborator, Małgorzata Szczęśniak; the score will be written by Paweł Mykietyn, and the lighting will be designed by Felice Ross. The first-billed event of the evening will be a live concert performance by Renate Jett which will imperceptibly give way to the play itself. The play will not be performed in a theatrical setting, but in urban or post-industrial spaces that will lend the event a more casual air.

Financed by The Ministry of Culture and National Heritage: 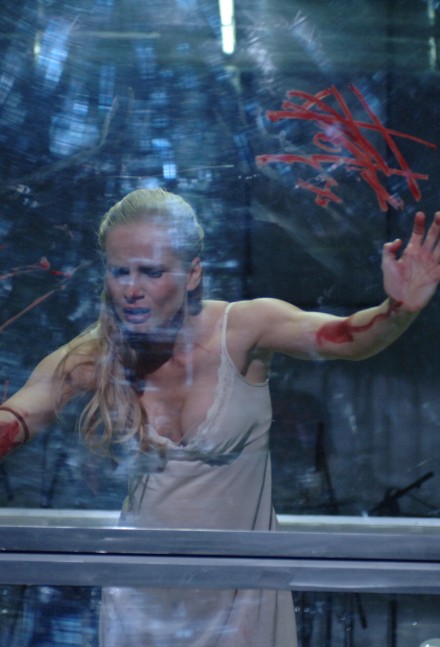